A few weeks after I was born – the long-awaited first child of a couple in their late twenties – my family realised that my eyes weren’t focusing on objects or people, and instantly began to worry.

My mother in particular was stressed to the point of hair loss (everything other than her lashes fell out!), distraught at the prospect of having a child with a then unknown disability or illness. She lost weight and struggled immensely with stress and anxiety. Yet, here we are around seventeen years on; I lost what residual vision I did have three years ago, and my family have learnt – alongside myself – how to adapt things when necessary, but also when to let me claim my autonomy and have a stab at things independently, even if there are risks involved.

So, when I was approached by Charlotte and asked to write a guest post for this blog, the first idea that popped into my head (after the surprise and happiness had worn off a little, of course!), was to write about parenting a blind or visually impaired child, because I feel as though it is very rare that parents are presented with the opportunity to consider things from their child’s perspective in terms of their disability.

I’d hope that this blog post can help people like my mum all of those years ago now, who both love and worry themselves sick when hearing that their little one has either a partial or total loss of sight, yet I also aspire to assure those of you who are anxious as to what the future holds for your child that we can, we will and we do live the most amazing lives – we make mistakes, laugh until we’re in agony and have obsessions and repulsions in equal measure, just like you do.

The major turning point in my young life (which secured my independence and determination thenceforth) was when I fell over in a play area as a small child, and my mum rushed to her feet ready to sweep me up in her maternal embrace and comfort me. Before she could run over, however, my auntie placed a hand on her arm and said, “Every kid falls. Let her find her own boundaries.” Surely enough, I stood up, dusted myself down and scurried after my friends totally unscathed.

From that moment, my mother checked herself before leaping to my side, and I began to judge situations for myself, understanding that busy places were difficult to navigate given my (at the time) partial sight, but that I could still play just like everybody else. It can’t have been easy for my family to watch me struggle at times; it’s only natural to want to help your child when they can’t zip up their coat or get frustrated when using cutlery, but the truth is that they’re going to grow up and, to do that, they have to master things by themselves. Don’t worry – my parents didn’t just let me run out into the street or carry scissors around with me everywhere I went, but they gave me free rein in all non-dangerous situations, watching me become frustrated with myself for doing something wrong before I finally cut up my chicken, fastened the buttons on my coat or some other such menial (but contextually massive!) task without their help, flashing them a triumphant grin as I did so.

The thing is, every parent has to let their baby go at some point – all children grow and need to be allowed to do so, it’s just slightly more challenging when your child has a disability. That being said, if not now, when?

As a teenager they won’t want their mother to be dressing them, and the thought of going to university without any mobility skills is petrifying: it’s not easy, but it’s imperative nonetheless. You’re allowed to worry, to panic and to hate the fact that you can’t protect your child from everything, but you can’t hold them back because of that worry, that panic and that hatred.

After losing my sight and getting lost when attempting to meet a friend, I refused to catch the bus into town independently, or even to walk to certain places as I was so afraid. At my annual review, however, my mum brought my newfound lack of independence up and – although I was furious at the time – I realise now that it was completely the right thing for her to have done. The upshot of that was that my mobility officer and I worked together tirelessly until I became confident enough to have a stab at bus travel once more – now, I meet friends in the bus station before shopping without a second thought, organising a point at which to wait for one another and double-checking bus times quickly before I leave the house. As for coming home, I use a fantastic location (GPS) app on my phone called, ‘Lazarillo’ – it tells me where I am and is almost scarily accurate, meaning that – along with recognising the movement of the bus – I can easily hop off at the correct stop, with no need to rely on either the driver or a fellow passenger. In July 2017, I made my first independent train journey to London (a two hour trip!), and then I did it again. And again, and again, and then to Scarborough, Huddersfield, Manchester, Birmingham and, soon to be, Durham. I had to persuade my mum for ages to let me go the first time, and she was absolutely terrified (more so than I, I expect!), but – after talking to my friend, also blind, and his mother about just how simple train travel is with JourneyCare assistance – she gave in and let me go, reminding me a million times to text her at every opportunity I had (spoiler alert: I still forgot).

The point is that I arrived safely, and am still around to tell the story! If your child has a phone, is sensible and determined, there is no reason they shouldn’t catch a train or a bus, or walk to the shop for some bread.

Even in the house, why not ask them to wash up, to vacuum, to give you a hand with the cooking? all of these skills – as well as a plethora of others – will come in more than useful when they’re older, and they take a little longer for us blindies to learn, meaning that, if possible, we should start early. Don’t tell your kids I’m the reason they have to hang the washing out, though, or I’ll get a mob of disgruntled teens chasing after me next year at Sight Village…

I can’t even imagine how difficult it is to be a parent, let alone if your child has a visual impairment, or any disability for that matter. Yet, you can still love and nurture your little one whilst still giving them room to grow, discover and learn by themselves, from laundry to lace-tying, running to romance.

The only difference – despite what the media would have you believe! – between us and someone with full sight is our vision, or lack thereof; we are people who want to fail, to succeed, to experience and to challenge. We will get jobs and have families of our own, we will live fulfilling lives and we will  have the most amazing familial relationships in the world because you are there, have been there from the start, to help us to learn, to study, to travel and to read. You will have shown us how to make our first cuppa, how to fight for what we need, and you will always be the shoulder on which we choose to cry. We will both make mistakes, grow frustrated, expect too much of one another, feel like giving up, but in the end we will commend one another, be inspired by our mutual strength, communicate openly about everything.

In the end, we will be happy, and healthy, and hopeful – we will live separate, independent lives but that won’t lessen the bond we’ll always share. Nothing could lessen that bond. Just remember, you’ve got this. Your child will grow up into a focused, talented and driven individual, with the world at their feet, and you, parent, guardian, family member, will have been the one to help them get there.

Originally posted by Grace Marsh on January 24, 2018 on throughscarlettseyes.com 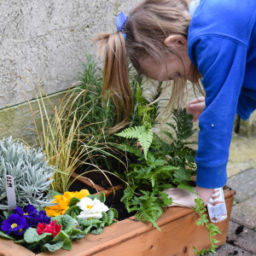 By Charlotte Mellor With Spring in full swing and the sun beginning to peep from behind the clouds, Easter is… 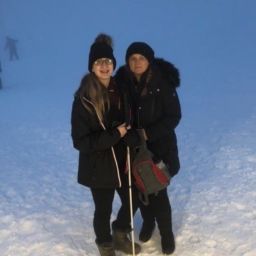 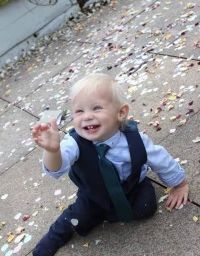 By Charlotte Mellor Becoming a parent to any child is magical in its own right. But below is a list…