A recent conversation with a friend with regards to his daughter’s thumb sucking made me think an awful lot about how I am going to wean Scarlett full time off her dummy.  With teeth falling out left right and center and adult ones starting to come through and the desire for me to slowly but surely wean her off some of her childhood comforts that can be seen to some extent to hinder her development and growth.

I have read lots on the topic of dummy sucking and I expect when I was in mother earth mode and prior to Scarlett’s diagnosis I did attempt to see if the dummy could be something we didn’t need to introduce Scarlett too.  With time and a willingness to take short cuts, being a first time mother, it became very apparent that the dummy was such a calming item to Scarlett, teamed with very little sleep and perhaps a slice of desperation that then dummy became a firm and prominent figure in the household.  I remember gasps of fear when I discovered that a dummy had gone AWOL during a day out, nights spent clambering down the sofa hoping that there was one hidden, late night visits to twenty four hour supermarkets with kids in tow as sleep and being calm seemed a near on impossible feat without it.

Scarlett is six now, and although we don’t use the dummy nearly half as much now, as she has got older she only needs it to sleep and when she is upset.  Wherever we go I tend to have a pocket full of dummies, I am sure many parents can identify with these go-to comforts that can stop a melt down in an instant.  See, keeping a child who is blind and is ASD calm is hard work.  Scarlett’s problems with her speech and language also contribute to this.  She still uses single words and the occasional very short sentence ungrammatical and incomplete.  Although she has no problems with expressing what she wants which is an absolute god send, her being able to understand causes plenty of problems when trying to explain things.  And I think good communication and an ability to explain things to anyone but especially children is a very important thing. 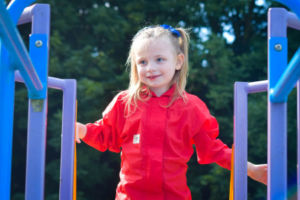 I must admit I am very lucky as a parent, I have two very superbly behaved children who never cause me any bother.  Perhaps my background in education or maybe my ability to convey information to children clearly and simply, in a way that means things are understood and get done.  I take a lot of time to explain things to my five year old son, like why vegetables are important, why we shouldn’t drink fizzy drinks, why he is perhaps feeling a little upset, why bedtime is when I say bedtime is.  I try very hard never to raise my voice and although it takes a lot of time and a lot of patience to repeat yourself over and over I like to think that my little boy is well behaved because he knows why he is doing something and he knows why I have asked him to do it. Now don’t get me wrong, as blessed as I am to have my children be as behaved as they are, there does have to be a constant and positive reinforcement in place which on some days can grow tiresome.  But when the boy eats carrots following a long and lengthy debate about the benefits of carrots I do think ‘mummy- one, Sonny- nil’.

So this brings me back to Scarlett, her mixed receptive-expressive language issues means that this process of helping a child grasp why a certain things is in their best interest it becomes difficult.  Like for the dummy for example, call it laziness or call it kindness, if Scarlett and her sleep is a constant disruption and a dummy can solve it but on the flip side it may be hindering her speech or become too reliant on or do damage to her teeth how can I possibly explain to her when she can’t understand… There can be no putting dummies under the tree for Santa to take away, or dummy fairy visiting during the night, no books that we can read to make her understand or waiting it out till she realises its not coming back.  Her level of comprehension just isn’t there yet to create some form of cognitive process of thought where she can fully understand and appreciate why she can’t suck a dummy for the rest of her life.

Its not just the dummy, it can be anything.  Why she can’t wonder off, why she can’t have another biscuit, why she has to come downstairs to go to school, why she can’t go outside by herself, why she can’t keep banging, why she can’t climb on the window sills… that’s to name just a few.  Of course I persevere and keep reminding her what she can and can’t do to keep her safe and I expect many of the people who have met Scarlett will fully understand what I mean by this.

The girl is the most ‘unhandfulled’ handful I have ever met!  An absolute loving ball of pleasure to be around, who needs or wants very little to be happy, but in the same respect I have to ensure she doesn’t eat stones!  I do really admire her drive and her desire to do what she wants, her choice and decision making are both very strong skills, assertive and forthright she has no issues in expressing either through single word, noise making or body language what she is and is not happy with.  But I am unable with Scarlett like I am able to with Sonny give her an explanation.  And by that, I don’t mean a simple ‘no’ or a ‘yak’ when she is licking something unsavory, there isn’t an opportunity there to explain anything deeply and meaningfully.  Whether it be something she isn’t able to see or providing her with a reason as to why things have to be a certain way.  With the level of comprehension she possesses and limited language and understanding skills she has explaining things is hard. 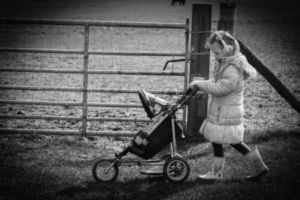 At this current moment in time she is an adorable little six year old who likes to climb up people and hug and kiss, her age and her pig tails make it a socially acceptable, but what about when she’s a young adult and perhaps her level of comprehension isn’t at such a level where she can understand appropriate behaviour.  Scarlett is a fan of taking her clothes off… will that trait be carried on into adulthood?

I do apologise for the tone of this post as I do like to not only think but write positively.  But its funny how one conversation with a friend about how he can wean his nine year old daughter off thumb sucking for the sake of her teeth can make you ever so reflective on how issues with understanding can play a massive part in the entirety of Scarlett’s life.  I am very aware also about being ableist.  Sonny never entertained a dummy but if he did it would have been long gone with a fairy, so I am concerned that I am making allowances for Scarlett due to her disabilities and letting her deviate from the norm.

I would love to hear from any parents who may have older children who have experienced similar issues as I am going through with Scarlett as it would be great to hear about some outcomes!

Originally posted on February 2, 2017 by Charlotte Mellor on throughscarlettseyes.com 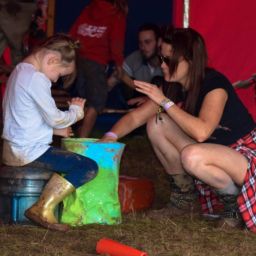 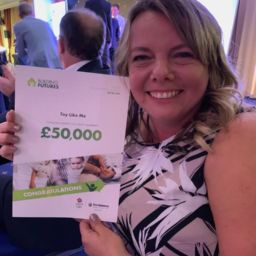 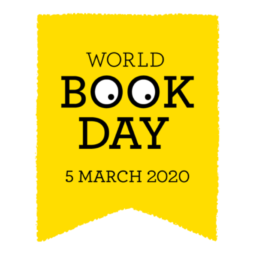