Scarlett and her journey to use her white cane, or as I like to refer to it, the magic wand of independence started out when she was very young.  I am sure all of you can identify with the post diagnosis buzz words, google searches, YouTube videos, advice from services and one that I can always recall being reiterated over and over was the cane!  So from very early on the cane became part of the furniture in our home.  We were both very lucky that Scarlett was provided with a mobility officer from very early on, and I believe that with that early intervention and also Scarlett’s flare for making it from A to B means that Scarlett is very confident in moving around.  The cane though… that became my nemesis, she wouldn’t even consider holding it, she wouldn’t consider holding anything for that matter, from cutlery to hair brushes Scarlett was that driven to have empty hands and to bang that the fete seemed near impossible.

Back in 2013 when the website was newly off the ground I published an article called ‘The Reluctance to use Tools’ where I pleaded with people to give some insight as to why Scarlett was so god damn reluctant.  It was nice to revisit this post as it is a great way for me to take stock of how far she has come since I felt completely knocked off my feet with frustration over this matter.  She was only three years old when I wrote that short piece and I expect I wasn’t so quite at ease with giving situations that one special ingredient… time.

In a cane holding situation at best we get a few seconds of this ‘grasp’ before Scarlett tosses it to one side, with cutlery she’ll put the food into her mouth and drop the spoon once she’s got her favourite grub!  With toys its a similar thing, she’ll hold things she can bang on, but never really for its intended use.

As Scarlett has grown older and we have been discovering more about Scarlett’s additional needs and her sensory processing disorder that I have been able to gain much greater understanding of why Scarlett was so driven to bang and less motivated, if at all, to hold things.  In this article I published in 2015 I talk about Scarlett’s sensory needs: ‘Giving them little paws some much needed sensory feedback’.

Banging on items is not the only way a child can express an imbalance in their nervous systems, there are many types of touch indicators that may suggest your child has problems processing the sense of touch.

If your child is a banger, it might be worth giving that article a quick read as I go into greater depth of why it may be happening, suggest a good read for helping to gain greater knowledge of the behaviour and also suggest some toys which work effectively when trying to deal with a child who loves nothing more than to bang!

Since Scarlett has started at her complex needs school and there has been a sensory diet put in place by the occupational therapist based at the school that deals with sensory matters, there has been a dramatic improvement in Scarlett’s desire to seek sensory feedback through her hands.  It didn’t happen overnight and she still loves a good bang from time to time  but there has been a marked improvement which has also benefited Scarlett and her willingness to hold the cane.

So that’s whats happened, with lots of habilitation input from school, the sensory diet, having greater understanding of her seeking ways Scarlett is in a much better position now to use the cane.  Each week I receive school reports telling me how much better she is doing, and its great, its what I wanted, I got my very own cane and visited the school, made films, talked with the habilitation officer and I was ready and raring to go… or so I thought.  Its funny isn’t it sometimes, that you hope and pray for something to happen, you know its the ultimate goal and then something can just stop you dead in your tracks.  I was overcome with fear.

Scarlett is often observed by members of the public for the ways in which she conducts herself, although to the unknowing eye she doesn’t look blind, I am very aware of the eyes that are cast in our direction.   Then I realised, that when we were out in the big wide world with the cane, something that I had willed and hoped for for so many years that we would be waving our big white beacon of blindness.  I hope not to upset anyone by this and it is nothing to do with being ashamed of the things that make my daughter different to sighted people but I do however and have talked about previously that from time to time I can feel deflated by public reaction/perception.  I think the article I write about ‘Where I think you can stick your pity!’ conveys my thoughts on this matter and I suppose I linked the two together and felt that we would be subjected to more of this unwanted pity.

So I won’t lie, I was scared, like really worried.  Don’t get me wrong, some days when I witness people and their ‘observing’ I don’t feel a thing, not one iota of emotional response, I just carry on as normal.  Other days it really bothers me, I get a right shudder of either anger, sadness, frustration or some form of internal response that fires up inside and not for one to be able to control my reaction particularly well I feel I must go right some form of wrong.

Wag my finger, sarcastic comment or ask them if they would like to take a picture as it will last longer.  I am sure you can identify with how external factors can shape not only your emotional response, but also your reaction.  Sometimes things stay with me for days, lay nestled in my head, and normally replayed in my mind when I should be catching up on sleep.  I even feel bad for feeling this, like in some way shape of form I am harbouring some shame over my daughter in my subconscious, perhaps an issue that I have not fully addressed.  I am not sure sometimes, perhaps its just because I have had a bad day and my tolerance levels for the ignorant and un thoughtful is just that little bit lower.

Scarlett using her cane is much more important than any hang ups I may have over this matter.  So we did it, and keep doing it.  Every week we’re out with the cane we visit the shops, parks, in and out of houses.  And I am very happy to report that whatever fear I had over having this big ‘I am blind’ sign held by my little girl has been nothing but a good thing, in fact its been nothing but a great thing.  See I spent all this time worrying about how I would deal with the outsiders looking in that I forgot the most important thing.  Scarlett is using her cane and its a truly wonderful thing. I am glad that I am playing a big part in assisting her with this side of her mobility development and I am very hopeful that she will gain a much higher level of independence.  In terms of communicating to the public that she has a visual impairment has been nothing but a success.  We have been able to navigate around a busy music festival, been given more time and space by people using the play equipment at the park and I’ve been given help with doors to name but a few of the very many positives that have come from us thrusting out into the big wide world sporting her cane.  Now don’t get me wrong, some people look, but not so much in a discerning way but more so in a ‘isn’t that wonderful’ way.  But despite that, Scarlett and her level of comprehension and having no sight at all means that either way, no matter what the outcome she is completely oblivious.

I think this has taught me a very valuable lesson about fear and how sometimes it can hinder an experience or manifest what should be a great thing and shower it with a big cloud of negativity.  I love taking her out each with her cane, I love seeing how all the hard work from the school is paying off and watching her skill and confidence grow everyday.

Once more I am glad I am part of it and I am glad I am not afraid anymore.  Because no matter what adverse emotional response I feel from something that happens out in that big bad world, it will never compare, not in the slightest to how down right happy I feel when I see my little girl holding her cane and helping herself around Tesco!

Originally posted on January 24, 2017 by Charlotte Mellor on throughscarlettseyes.com 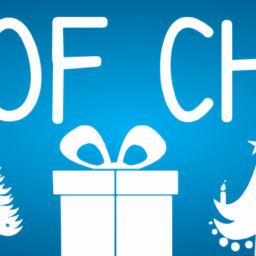 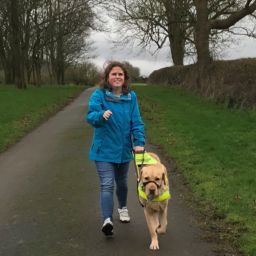 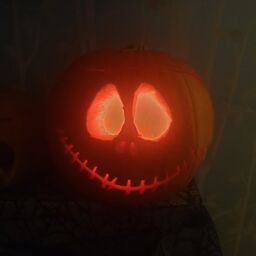 Under the current climate halloween is going to be a slightly different this year. Due to event cancelations and trick…

By Gwyn Mccormack Here I share some ideas to support the theme of walking to the shop! Tactile: Dressing for… 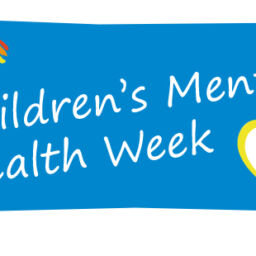