When things in life become tough, you have to make decisions that will create a huge impact on your life or on the lives of your children. As parents doing the right thing is so important, when you have a child that is capable of helping with those decisions it can make the situation a whole lot easier to both achieve and contend with.

We as a family have had to deal with a lot over the past year and a half, making choices, dealing with tantrums and tears, but most of all finding and realising that family comes first and life is too short to fight.

What is she going on about you say?

We held various meetings at school to get things sorted but felt as if we had said all we could say and done all we could. After a few more miserable weeks of Charlie coming home saying he’d had enough of school he wanted to go where he would be understood and be just like everyone else. His words were “I want to go to Worcester where they won’t treat me any different”.

So after great discussions with Charlie over the week we decided to put it forward to the school and the Local Authority. We rang Worcester to make sure his place was still available and great it was. They said he is welcome anytime. So we got the ball rolling, we rang the local authority to ask for an emergency meeting with them and the school to apply for a change in his statement to name NCW as his school placement. As it was nearing the end of the academic year we were told we would have to wait until September, but we said we didn’t want to wait we wanted it sorting so that he could start NCW in September. No that wouldn’t happen we had to wait.

In the meantime we got in contact with Blind Children UK who gave us a contact to liaise with about getting what’s right for Charlie. We spoke to him on a few occasions him trying to help with what we had to say and do. The meeting was held on the first day back at school, they started off renewing his statement first, Chalies caseworker was present from the Local Authority taking down notes from both sides to help her with her decision. At this point may I just point out that Charlie didn’t want to be at school anymore, however he bit his tongue and went and tried hard to build up a relationship with his new TA.

Right, back to the meeting, as everything was being recorded, we noticed that a lot of things were being replaced and rectified. The four subjects which Charlie didn’t do last year are NOW suddenly available for him, Gosh! How could this be he’d just had a whole year off them. Well we were told that he can now access them but he would have to catch up. He would have an extra Geography lesson and an extra IT lesson per week in order to catch up on last years work. We opted for him not to restart Art as we felt it was pointless as Charlie doesn’t like it anyway, after everyone had finished we were allowed our say, but we struggled as everything we were going to say had been rectified miraculously, it looked to us that they knew what we wanted and the school were going to show the Local Authority that they were doing everything they could to help..

We came away feeling rail-roaded, we knew there and then we had lost our battle to move him.
When we returned home we spoke to Blind Children UK and explained everything to them as to what had been said, we were told it was now just a waiting game as the Local Authority would gather evidence to determine which was the best school for Charlie.

Over the next few weeks Charlie was finding it more and more difficult to settle, although he was getting on with his new TA he was struggling with the peers in his class, to the point where he was now being bullied. When he eventually did tell me, what was happening I was straight on the phone getting it sorted, and true to their word they did sort it out.

After another few weeks had gone by, we are now hitting October half term Charlie seems to be coping more and more, he has built up a good relationship with his TA and is becoming more independent. Again, another meeting was held at the school to see how he was doing. After keeping a log of any incidents or lack of support he was getting we went into the meeting still believing Charlie could attend NCW. However NOT TO BE, we received the Local Authorities decision that they were not going to fund him to go to NCW as they felt that his current school were meeting his needs. When we told Charlie this he was very upset and did ask us if we could appeal the decision. We as his parents agreed that we would appeal against the decision.

The overall stress of all this played a huge part in all our lives. We didn’t have a clue what to do next. It was all well and good speaking to people on the phone getting advice but what we needed was someone there to help fight our battle as this is all new to us, doing what’s right is what is important

A couple of days later, seeing how much strain it was having on us as a family Charlie came to us and asked if he could stay with us and not move. Asking him why he had changed his mind he said he loves his family too much to be taken away from them.
My grown up boy making a sacrifice and huge decision in life like this must be really tough. On this note we then asked school for another meeting in order for us to go forward. With requests in hand we spoke to the school and asked if there was any reason why Charlie could change forms and have some independent life skills incorporated into his timetable, we know it was a big ask especially moving forms half way through a year. However they said they would do it for him as they really wanted to keep him at their school as he was achieving such high grades. They also agreed to the ILS (Independent Learning Skills) and this is now being done once a week.

We are now in the first term after the New Year and Charlie is settling really well, he has moved forms, has made new friends, is getting on great with His TA and teachers and is now just deciding on what options to take for his GCSE’s. A huge step in his future. We have yet again put NCW on a back burner, hoping that now Charlie will remain settled at his mainstream school.

From my point of view as his mum he’s made the right choice, we have always said no matter what it will always be his decision as long as he knows that no matter how tough it gets at school now or in the future we will always be there for him, guiding him and helping as best we can. He has got a large support network out there looking out for him both in and out of school.

I hope you all understand his decision, but can I just say that it takes guts to stay in mainstream, but if you find the right one which are willing to go that extra mile, it makes life so much easier to bear. Thanks for taking the time to read Charlie’s journey so far.

You can find out more about schools and EHCPs in our Education Section. 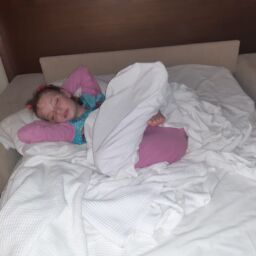 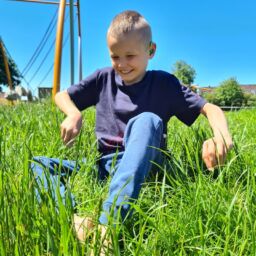 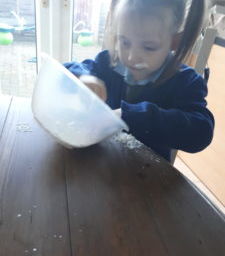 By Charlotte Mellor Selecting one appropriate from list of experiments available from the British Science Week website, I decided something…